Love it or hate it, It’s A Small World is undoubtedly a catchy song and an iconic Disney attraction. But did you know the ride was actually made on the fly as a last minute World’s Fair attraction or that it was originally slated to feature a variety of national anthems instead of its title track? Here are some fascinating facts you might not know about one of the park’s most popular rides. 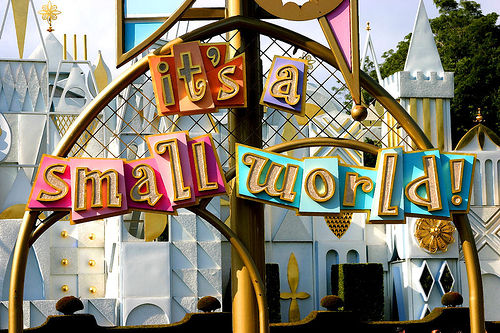 One of Disney’s most iconic attractions actually started out as a last minute attraction to the 1964 New York World’s Fair. The team was already working on a number of exhibits for the fair, including the Magic Skyway, Great Moments with Mr. Lincoln and The Carousel of Progress, when the program manager for the fair reached out to Disney and asked him to creat a tribute to UNICEF.

Always up to a challenge, Disney agreed and asked Mary Blair, Marc Davis, Alice Davis and Gregory S. Marinello for help. Mary gave the ride its overall feel and whimsy and inspired the general character design. Marc designed the scenes and the specific characters, while his wife, Alice, designed the costumes. Gregory designed the clock face on the exterior. Walt oversaw the design of the doll’s faces, which were all made to be exactly the same in order to promote the concept that all around the world children are all the same deep down. 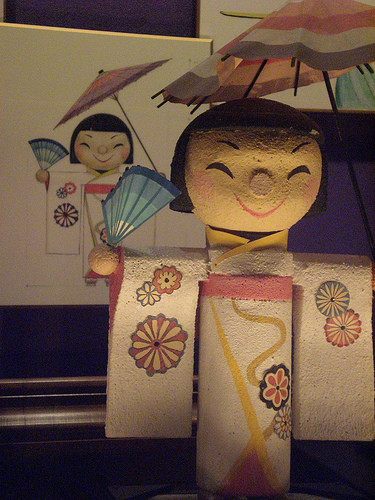 The original nickname of the ride was “the happiest cruise that ever sailed” and the ride was intended to showcase the national anthem for each country portrayed. Unfortunately, this ended up sounding like a terrible mess in practice, so he hired the Sherman Brothers, the same gents who wrote the theme song for the Tiki Room, to create a song that would unify the ride’s characters together. It was only after the boys came back with their masterpiece that the ride got its name.

To really bring a spirit of unity, children from all over the world were hired to sing the song for the official recording. A London church choir, a Roman school chorus and Mexican tv performers are some of the many voices heard on the soundtrack. In a striking gesture, Disney opted not to copyright the song at the urging of UNICEF and he declared that he gave it to the children of the world as a gift. It remains the only Disney creation to never be copyrighted.

At the fair, the ride was a huge hit and over 10 million ride tickets were sold in the two years the fair operated, resulting in a huge chunk of proceeds given to UNICEF. While the ride constantly had visitors, the mechanics of the boat ride allowed for lines to move quickly. The amazing capacity prompted the company to change their plans for the upcoming Pirates of the Caribbean attraction from a walk-through exhibit to a boat ride.

As soon as the World’s Fair was over, the ride was installed in the Anaheim park, opening for the first time on May 28, 1966. The attraction was installed rather quickly since it mostly just had to be moved from the World’s Fair back to Disneyland and put back together (all the original pieces were used in the current version). Still, some additions were needed to ensure it could survive as a permanent ride instead of a quick touring ride.

To commemorate the ride’s official opening, Disney invited children from around the world to attend the grand opening. He asked each of them to bring a container of water from a lake, ocean or river in their native country. Before the ride opened, the containers were emptied into the water of the attraction.

Each cruise lasts about 15 minutes and features over 300 costumed dolls singing the official song. Because there are now five Disneyland parks, all of which play the song on a constant loop, the song is estimated to be the most performed musical composition in the world. It’s estimated that more than 256 million people have ridden the cruse, which means it might just hold the record for “song to get stuck in the most people’s heads.” 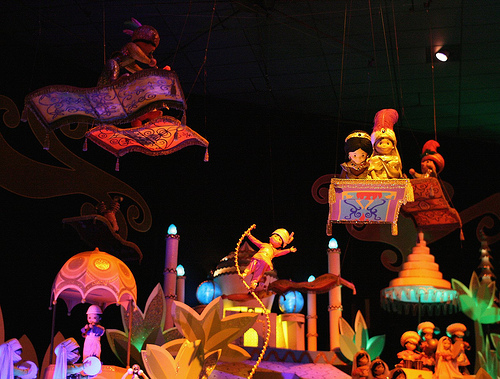 As you may have noticed through the Neatorama Facts series about Disneyland, the park always goes through renovations and no matter how minor they are, fans always cry foul. It’s A Small World went through a very serious renovation in 2009 and the reviews seem to be divided. While some of the changes were minor, like the enhancements to the water jets that push the boats through the ride and the replacement of the old boats, the big difference was the addition of over 30 Disney characters into the classic attraction’s scenes. The renovation also included a new “America” area, where there used to be a South American rain forest scene.

Personally, I find the added Disney characters to be subtle and their inclusion creates a fun game for guests to find all of the new characters. Here’s a video of the change for comparison:

It’s A Small World joins the Haunted Mansion in being one of the only rides to change on the inside and outside during the Christmas season. During this time of year, the children sing classic holiday songs, which are seamlessly blended in with the Small World theme. Each region is also adorned with the area’s traditional holiday décor. On the outside, the façade is just as impressive, adorned with tons of glowing Christmas lights. 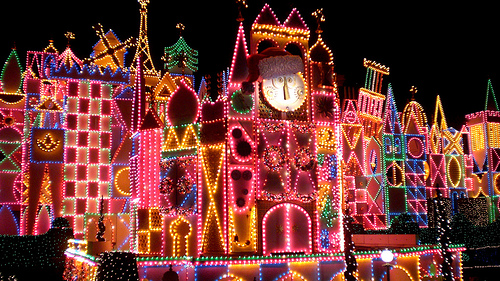 Do you guys like It’s A Small World, or does the catchy song drive you bananas? For those of you who are fans, what do you think about the Disney character additions? Are they a fun little enhancement or a distraction?

Neatorama Facts: Pirates of the Caribbean